When it comes to getting technology projects approved in organisations, there is almost always a detailed process to follow. This process is designed to ensure that each project is rigorously assessed and the right projects get approved. But is it possible to have too much rigour?

The difference between making things and improving things
Most project assessment processes are designed for making new things. Project management methodologies such as PRINCE2 and PMBOK provide lengthy processes for identifying stakeholders, collecting business requirements, creating business cases, getting project approval, assembling the project team and planning the project…all before anything actually gets done. Now it’s not to say that these processes don’t have value, but for smaller ‘improvement projects’ they can also add unnecessary complexity and friction.

Rigour makes things rigid
Long convoluted approval processes that define projects to exacting requirements can in fact make projects unnecessarily rigid. Not only can excessive planning make us option-blind (unable to see previously unconsidered but potentially beneficial courses of action) research also suggests that increased planning is not necessarily correlated with greater value generation. There is a real risk that too much rigour means we’re developing worse outcomes, not better ones.

Rigour is often opaque
The process for getting a project approved is often unclear, and sometimes intentionally so. In fact, there are often vested interests in saying ’no’ and maintaining the status quo (for instance this might happen where the value of a project accrues to one part of the organisation, such as marketing or operations, but the cost of implementing and maintaining the project falls on a different part of the organisation, such as IT). The more complex the approval process and the more variables to consider, the less transparent the process becomes.

In praise of minimum rigour
If we were to apply the Pareto principle, we could estimate that 80% of the risk of a project can be removed by applying just 20% of the rigour. What’s more, reducing the amount of effort (and ‘sunk costs’) that go into the assessment process means that even after a project has been approved, we are less likely to feel beholden to it if conditions or information changes. So what exactly does minimum rigour look like? Well this might change from one organisation to another but there are certain characteristics you might look for

The Digital Champions Framework teaches an approach to minimum rigour for IT improvement projects based on just nine questions. If you’d like to learn the approach and understand how it can be applied check out our upcoming two-day intensive training programs in Perth, Melbourne and Sydney.*

*Up until the 30th June you can also use the promo code EOFY20 to get a 20% discount on DCC event tickets. 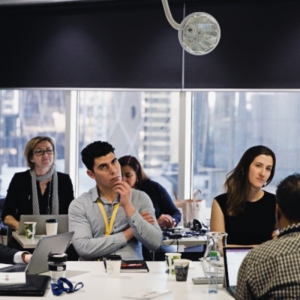 Simon will be joining a panel of five awesome speakers who will be presenting at the Getting Sh!t Done Events on the following dates: 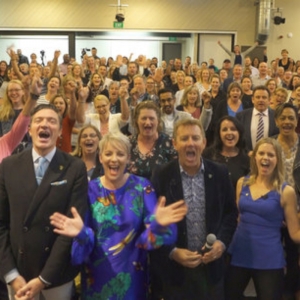 Between the suggestion box and shadow IT

How trust helps us overcome fear
Scroll to top