The other week, I presented to the Real Estate Institute of Western Australia at Crown in Perth. One of the stories I shared was the frustration I experienced as a paperless person selling our family home in Perth five years ago. I had people asking for fax numbers, ridiculous amounts of forms and other pieces of paper being sent to me via snail mail and contracts that had been annotated, scanned and emailed so many times that they were illegible. 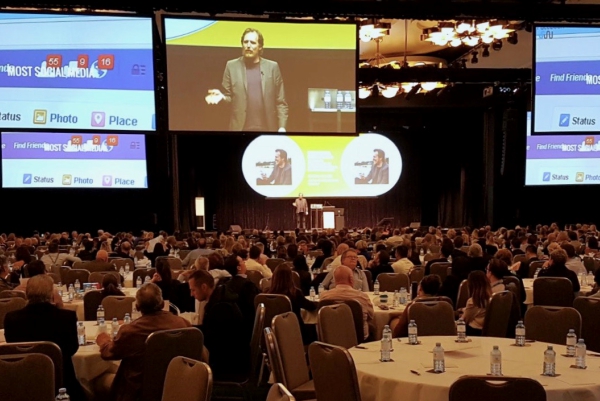 But that was all the way back in 2011, and oh how the technology has got better since then. According to Moore’s law, by the time it came to buying our new home in Melbourne five years later the technology should have been at least eight times better…and yet I struggled through the same inefficient paper driven processes I had previously.

The technology is getting better but many of the processes aren’t.

One of the most common reasons that I hear for organisations not investing more in technology is “our clients/suppliers/staff aren’t ready yet” but whether you think they are ready or not, your lack of investment in technology is probably holding both them, and you back.

Firstly, we need to acknowledge that any generalised statements about the characteristics of people are flawed. There will always be some people ahead of the curve and there will always be some behind it. This means that the portion of your clients/staff/suppliers who are early adopters (the ones who know what technology makes possible in terms of convenience, usability, time saving and quality) are currently feeling frustrated and perhaps just a little bit disappointed. This was very much my personal experience.

You could suggest that I’m an exception — that most people are generally comfortable with the status quo and they don’t feel disappointed at all, and I would suggest that this is only because you haven’t shown them what’s possible. Technology development is ultimately funded through developing solutions that improve customer experience and the speed and quality of outcomes. So we may not be disappointing our slow adopters yet but we are not necessarily serving them either.

And I would add that there are probably more people ahead and less people behind the curve than you think. The consumerisation of IT means that most of us have access to better technology at home than we do in the workplace which means the level of proficiency you see is far less than what people actually have. The number of people you’re already disappointing might be far greater than you think.

We are currently recruiting for the next intake of the Digital Champions Club. Join a 12 month program that is guaranteed to improve organisation performance and deliver measurable value. Check out the Program Structure.

Back in around 2007, I spent a few a few years working for Rio Tinto. It was my first and only proper corporate job…and it came with a proper corporate IT team. When I started there the IT team was located just a couple of floors below me, but even then I only remember meeting one member of the IT team face to face. His name was George. Unlike the rest of the IT team that stayed at their desks, George use to walk each of 20 odd floors of Rio Tinto employees every couple of weeks. He would drop by each desk, identifying problems people were having, and showing them simple tips and tricks with their laptop or Blackberry (it was 2007 after all). 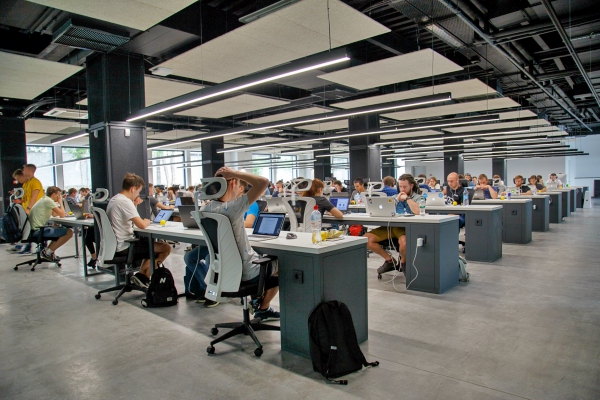 Photo by Alex Kotliarskyi on Unsplash

…That was until the Helpdesk function got outsourced to India and then I never saw George again, or anyone else from IT for that matter. Getting IT issues fixed ended up being a lot harder and often it was just seemed easier to leave them broken.

Many would find this a rather typical experience of corporate IT. The commoditisation of IT services and the pursuit of lower costs have seen many IT functions either outsourced or rationalised out of existence. But the impact of this is much bigger than the pain and frustration of end users not being able to get simple computer issues fixed. The big cost is in the unrealised potential of new technology solutions to be applied within an organisation.

There is little doubt that some of the biggest opportunities in modern business are being driven by innovations in technology. Yet if the people who understand the technology aren’t (or can’t) effectively engaging with people in the operational side of the organisation, many of these opportunities will never be identified, investigated, or ultimately implemented.

As long as this continues, the impact on the bottom line has got little to do with what the cost of the IT function and a lot to do with the improvement opportunities that are never identified.

To proactively realise these opportunities, we ultimately need to overcome the IT-Operational divide…and somewhat ironically the best way to overcome the divide would be to get IT and operational people working together to realise some of these opportunities. But left to their own devices this is unlikely to occur (like mixing oil and water this may initially require a bit of shaking, or for the nerds out there the addition of an emulsifier). Instead organisations need to provide a structured ‘learn by doing’ approach that facilitates direct engagement and breaks down the physical, language, role, and respect barriers that are currently holding the organisation back.

This blog post has been syndicated to Medium. If you’d like to add comments or ideas, head over to this page.

Simon Waller is a author, speaker and trainer helping organisations get more out of their technology. He is also the founder of the Digital Champions Club, a program that develops internal digital experts who can identify, investigate, and implement the technology projects that matter.