The other day I was talking to a potential member of the Digital Champions Club. He loved the concept but was concerned that his organisations (which worked in software development) might not get a lot of value out of his membership. One of the really cool aspects of the Digital Champions Club is a quarterly peer learning bootcamp where member organisations get together and share information about the digital projects they are working on. Given that he worked for a software development company that was already fairly tech savvy, he wasn’t sure there was a lot he could learn from other organisations in the program. 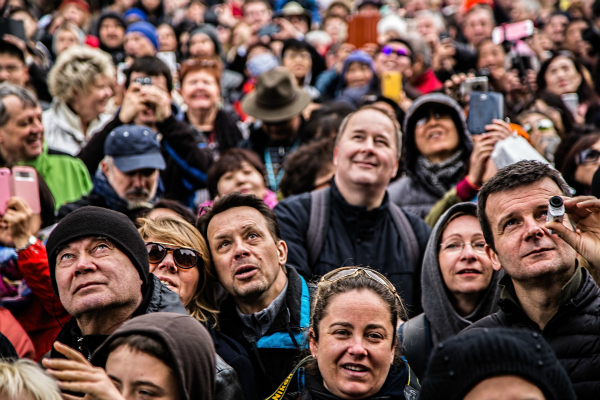 In one sense he was perfectly correct. His organisation would have been right near the top when it came to technology use and if he was to engage one on one with any other member of the program he would probably have more to give than to get out of the conversation. But if he was to compare his organisation to the collective knowledge of ALL the members of the program then it would be a quite different story.

The idea that the collective can determine a better outcome than the individual dates back to 1907 when Charles Darwin’s cousin Francis Galton discovered  that the average of all entries in a ‘guess the weight of an ox’ competition (yes really) was more accurate than any individual guess. We explicitly rely on this concept for a whole bunch of things such as determining the price of shares on the stock market, and determining the odds when you bet on a sporting contest.

Except it turns out that the crowd is not that wise. Firstly we know that stock markets fluctuate and the underdog in sporting contests sometimes wins. In fact recent research has shown that unless very specific conditions are met, such as having a large, diverse and unbiased crowd then their predictions are not that great. Given that the number of organisations participating in the Digital Champions Club is relatively small and not really that diverse* this seems to undermine the value proposition that the program offers. After all, if the crowd isn’t really that wise, wouldn’t you just be better off going it alone?

Just because the crowd isn’t that wise doesn’t mean there isn’t still a lot to learn. The difference between the Digital Champions Club and say the stock market is that we are not using the crowd to predict the future. We are just using the crowd to test it. By having a whole bunch of different organisations identifying, investigating and implementing digital projects and then sharing what they have learnt with the group, the whole group is going to learn faster.

I consistently hear that one of the biggest challenges for small and medium sized businesses (and even big ones) is getting good advice on which digital tools to test and deploy. Ultimately, being a part of the Digital Champions Club allows organisations to tap into the collective knowledge of the crowd, rather than the wisdom of it.

*They come from a variety of industries but are mostly small and medium sized businesses
There are still a handful of places left in the first intake of the Digital Champions Club. If you or your organisations want to find out how to tap into the collective knowledge of the Club please get in touch.